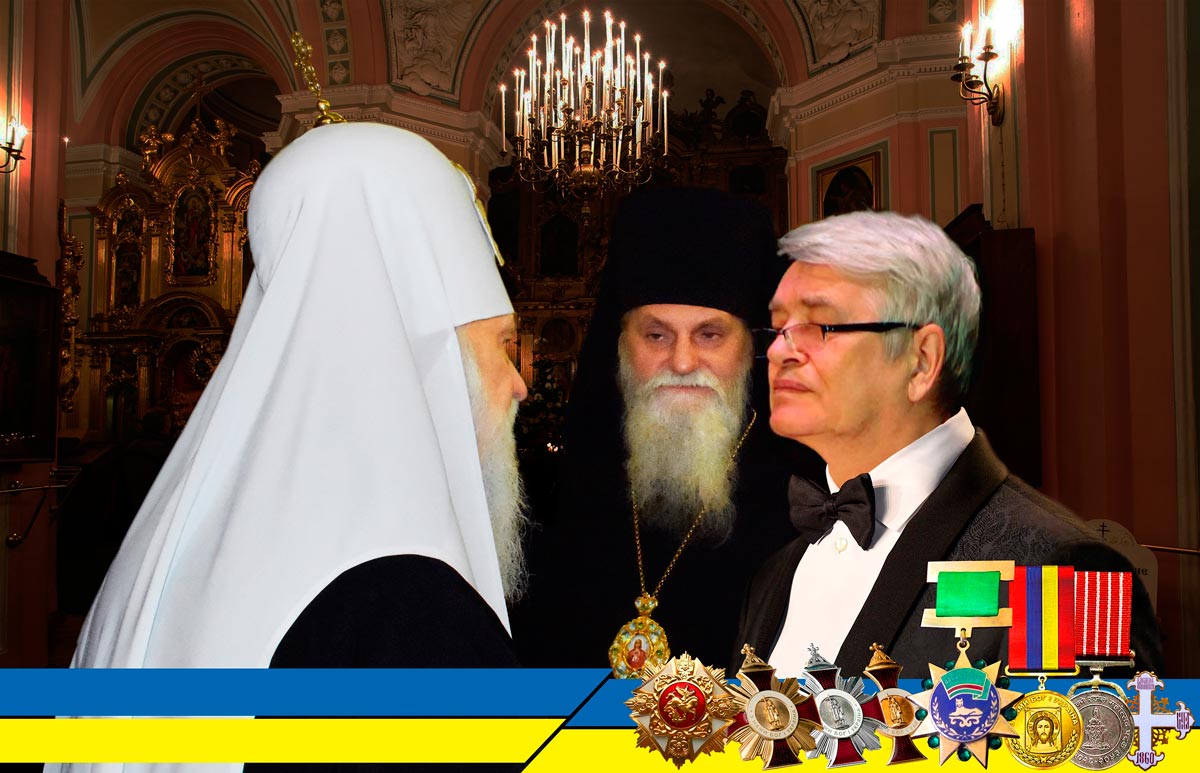 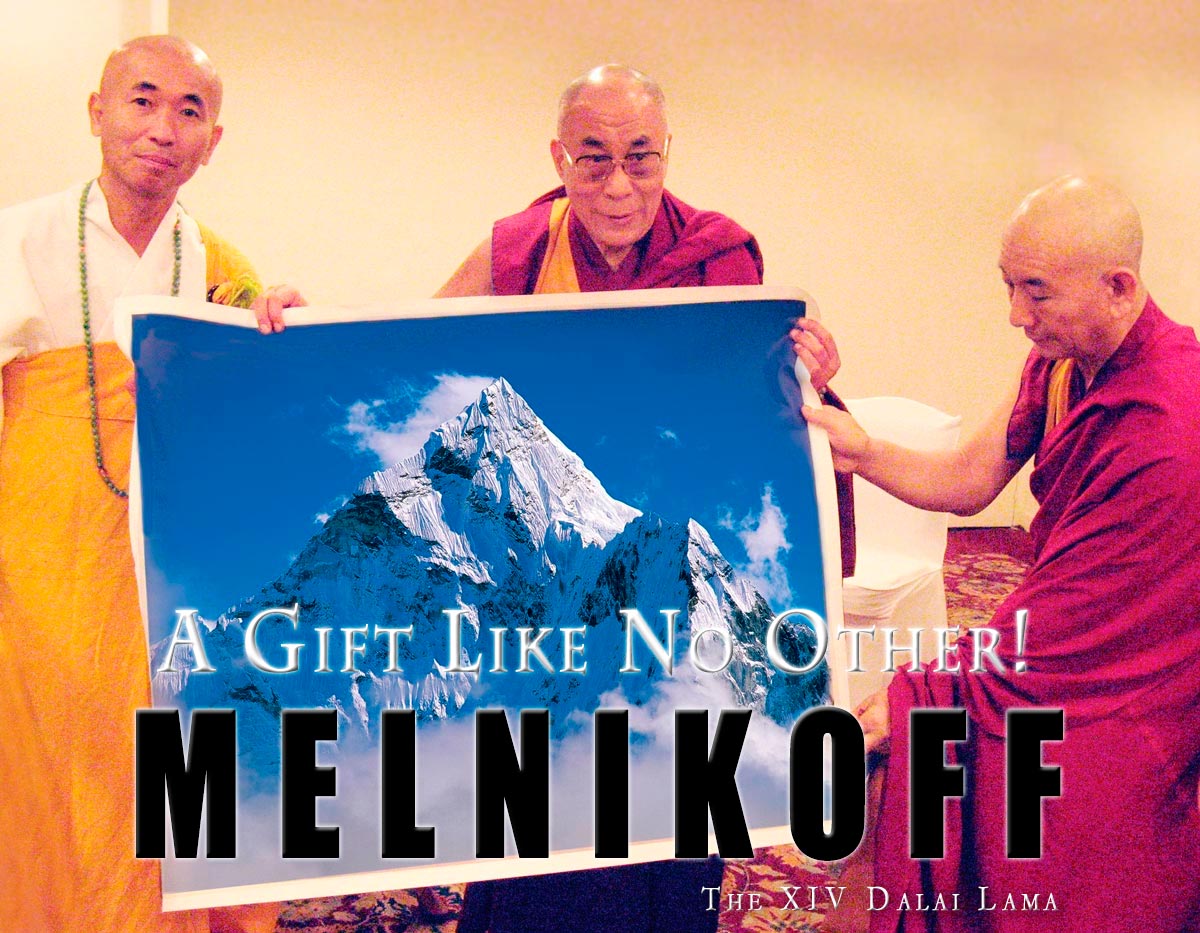 In the photo: Leader of the Buddhist World, His Holiness the XIV Dalai Lama believes that MFF makes the most beautiful mountain photos in the History of Art. New Delhi, 2007 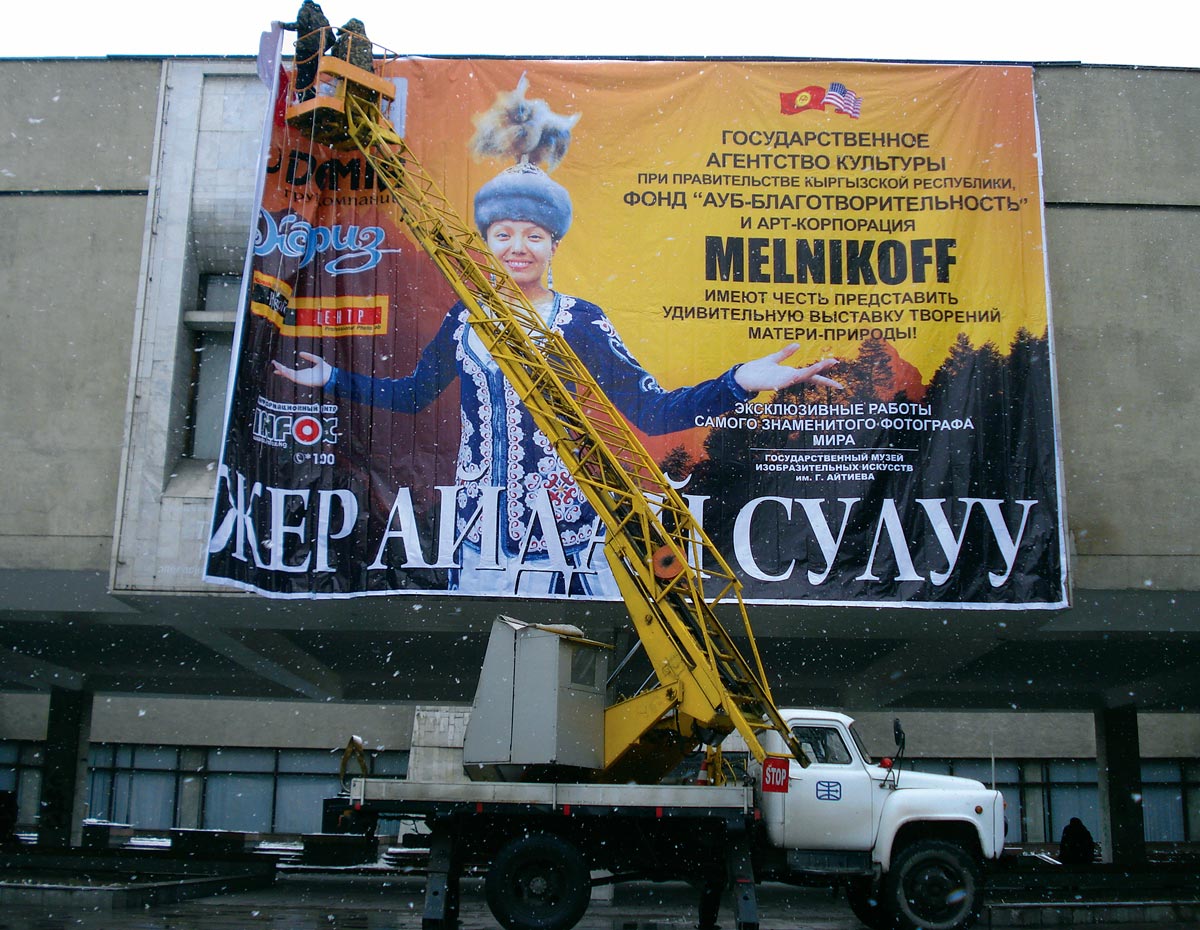 In the photo: Installation of a giant billboard about Sergey Melnikoff’s exhibition on the building of the National Museum of Arts named after Gapar Aitiev. Bishkek, the capital of Kyrgyz Republic, 2008 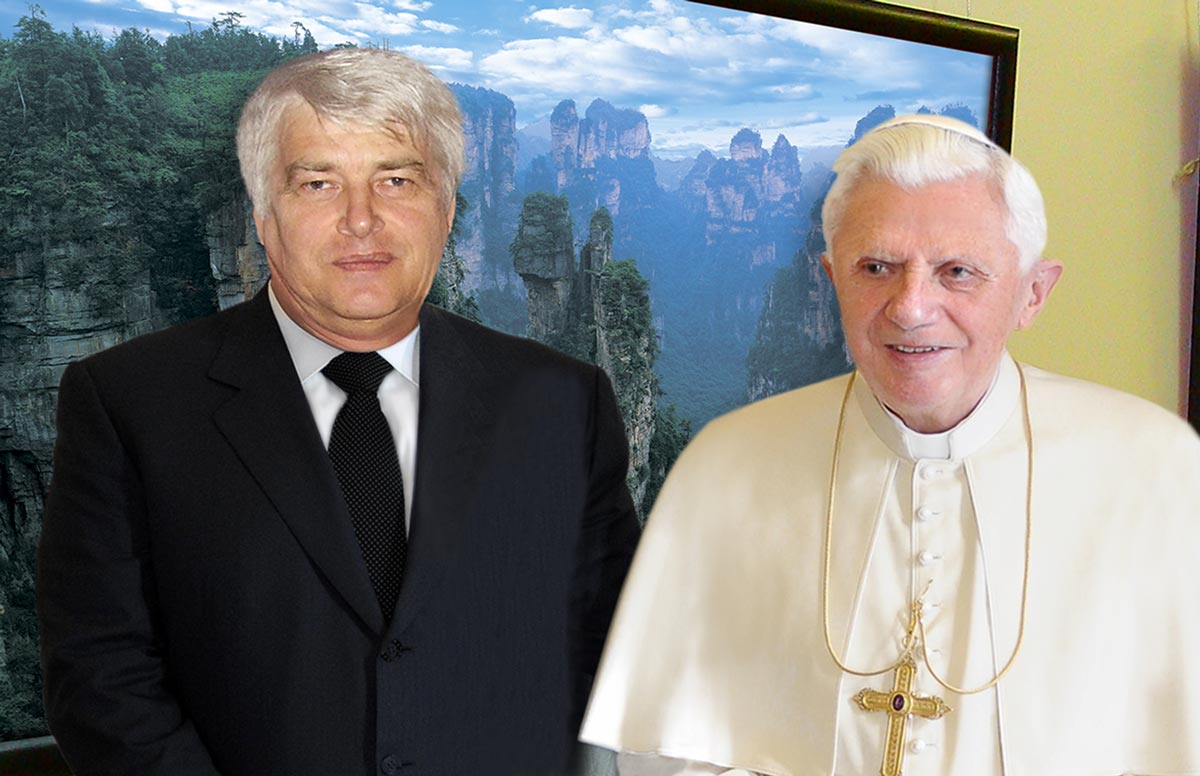 In the photo: Sergey Melnikoff, aka MFF, and His Holiness Benedict XVI. Munich, 2010